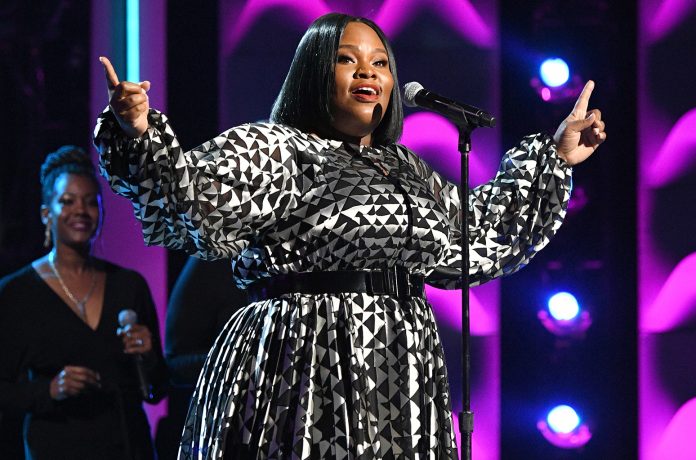 The original studio version of “Name,” featuring Jim Cravity, reached No. 8 on Hot Gospel Songs last June. Along with the studio take’s presence, the live version is benefitting from extra exposure after syndicated gospel program The Willie Moore Jr. Show recently featured it when it won a social media song contest.

Joining “Name” at No. 3 on Hot Gospel Songs, Cobbs Leonard’s “This Is a Move” ranks at No. 5. She is the first female artist to hold multiple positions in the top five since Tori Kelly claimed three on Sept. 29, 2018 (matching Lecrae for the weekly record) and scores her second twofer, after “For Your Glory” (No. 1) and “Jesus Saves” (No. 3) on May 16, 2015. She is one of seven artists overall to double up in the top five simultaneously and one of three women; Tamela Mann tallied six such weeks in 2017.