Every artist, who decides to take his or her music on a professional level, comes to the point when it is time to dive in and start getting to know the business side of the music industry. And the unavoidable aspect of the field which should be well researched and studied is Music Publishing.

Music Publishing is an essential part of the music industry, which includes administration of copyrights and collecting royalties, finding a place for promotion and licensing, and pitching assigned songs of a songwriter to TV and Movie industries as well as to other artists.

Even though it is well used by established artists and songwriters, there is an opinion that it can be more practical for those who are at the beginning of their music career and who have enough talent to write songs but don’t want to perform it personally or do not have enough finances and resources to push their work.

Music Publishing has its pros and cons, and to decide if it is really something that an artist wants to connect his or her career with, young creatives should know what they are going to deal with. There are six different publishing deals that can be done – however, this article will discuss the ones that involve selling songs through publishers and writing for them, such as co-publishing deals.

Publishing deals allow artists to gain networking and professional connections. Indeed, once an artist starts working with a publishing company, they will look for different ways to promote the artist’s music and where it can have a demand – it will include TV and Movie placements (sync licensing) as well as usage by other artists. Not only will all work will be done by the publisher (which is one of the main reasons to sign a deal), artists will also be able to meet professionals and executives from the TV, Movie, and Music industry, which might be helpful in the future. For example, such artists as Charli XCX, Bebe Rexha, Bruno Mars, and Lady Gaga started their careers from songwriting, creating a number of unforgettable hits and making connections with music executives, which led them to the point where they are today – not only being songwriters but also becoming performing artists on an international level.

Publishers pay upfront. Artists, who sign a publishing deal get paid an upfront advance for their work – they don’t have to wait for royalties, which gives them leverage such as an ability to pay for rent and other living expenses. For some, it allows them to have more freedom to work on their music professionally full time and not just as a hobby. The payments can be monthly or as an upfront advance depending on the terms of the publishing deal.

Artists can have creative freedom. When it comes to singing a contract, an artist accepts certain terms that they are legally responsible for adhering to. For example, he or she will be obligated to write a certain number of songs that need to be delivered to the publisher for each period of the agreement. However, even though there is a responsibility to deliver a specific number of songs the artist will still have the creative freedom to write about whatever they want to write about (within reason) and what mood a song will have.

Publishing deals help artists to master their skills by attending special events such as writing camps and more. When signing a deal with a publisher, an artist agrees to meet specific terms of the agreement – for instance, as referenced earlier in this article, an artist may be required to write 10 songs in 1 year. It is not possible to give up after 2 or 3 finished songs and say, “I changed my mind therefore I am not going to do it anymore” (unless the artist is willing to pay penalties to the publisher or be sued). The deal keeps an artist disciplined by laying out expectations of the number of songs an artist is required to deliver. This helps the publisher to meet their own goals while ensuring that the artist won’t slip away because of lack of interest or inspiration. Moreover, publishers help artists to get creative by organizing songwriting camps – where songwriters, musicians, composers, and producers gather together in a studio for a period of time for one goal – to create final polished creative works in the form of completed songs.

Overall, a music publishing deal can look like an excellent opportunity for an upcoming artist to give a lift to his or her music career. However, it is not as perfect as it sounds when you dive into the details of a publishing agreement.

Firstly, publishing deals are confusing. Publishing deals will customarily have a Minimum Delivery Release Commitment (MDRC). This is a minimum number of songs an artist must deliver to the publisher in order to meet their legal obligations of the deal. It may initially seem fairly straight forward, however it’s not always as simple as it sounds. Usually, a song is created from two parts – the musical arrangement and the lyrics. Therefore, there will be likely be at least two people who worked on a song and the credit will be divided as 50/50. One half to the producer of the musical arrangement and the other half to the songwriter for the lyrics. Since a songwriter’s input (lyrics) is 50% in one song. If this scenario rang true, he or she would technically only deliver 50% of the 10 songs and therefore get credited by the publisher for delivering 5 songs. If this were to be the case, a songwriter would have to write 20 songs to deliver 10 songs. MDRC is a huge red flag for a lot of artists, and it provokes many questions about whether it is fair or taking advantage of artists who are in need. Moreover, some industry groups asked Recording Academy to support them and force publishers to eliminate this term from standard deals.

Thirdly, an artist typically maintains creative freedom until it no longer aligns with the publisher’s vision. Since traditionally a publisher and an artist split a songs’ income 50/50, the publisher has a right to ask an artist to rewrite a song or make changes.

Also, if a songwriter’s initial plan is to become a performing artist, he or she has to realize that signing a publishing deal with the hope of making connections that eventually will lead to launching an artist career may not be the best path. It takes a lot of pressure to be able to commit to a publishing deal while carving out time to develop yourself as an artist. Sooner or later the commitment to the publishing deal can outweigh everything else because it makes you money. Instead of wasting time on something that isn’t a priority, it is better to focus on the main goal to position yourself as a recording and touring artist. A publishing deal can be a double-edged sword and has helped many artists to launch their careers, and has stifled many from pursuing their dreams to be a recording artist.

To sum it up, Music Publishing is a great tool for upcoming artists to put some quick cash in their pocket, grow professionally, train their skills, network, and connect with other creators and music executives for future opportunities. They may even hit it big financially if their publishing company does a great job of exploiting their songs or if a song becomes a hit. On the other hand, when considering the fact that publishers take an average of 50% of an artist’s publishing income while requiring the artist to be “songwriting machine” with MDRCs, it may look to some artists like they are locking themselves into a songwriting prison.

‘She’s one of the most in-demand writers and exciting new artists’: Bebe Rexha renews BMG deal. (2018, February 21). In Music Week. Retrieved from https://www.musicweek.com/publishing/read/she-s-one-of-the-most-in-demand-writers-and-exciting-new-artists-bebe-rexha-renews-bmg-deal/071555

Knopper, S. (n.d.). The Assembly Line. In The Vulture. Retrieved from https://www.vulture.com/2018/08/the-songwriting-camps-where-pops-biggest-hits-get-crafted.html

Britney’s Conservatorship Is Almost Over – Her Father Finally Gave Up 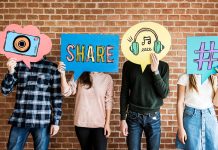 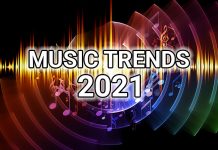 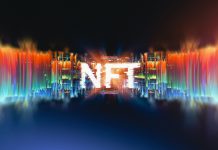 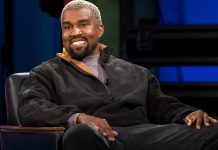 Sage Advice From Kanye West To His Fans and Beyond